Burrowing owls are an incredibly unique species and they are the only raptor in North America to nest exclusively underground. Burrowing Owl populations in North America still face the same primary threats they did three decades ago. Habitat loss, the prevalence of invasive plants, and the control of ground squirrels and other host burrowers have caused burrowing owls to decline across North America. In addition to dramatic declines over the last fifteen years, recent surveys have indicated burrowing owls in California have declined by as much as 36% in the Imperial Valley and by 28% in the San Francisco Bay-Delta region. This decline is on top of a 50%+ decrease in the San Francisco Bay-Delta region population observed from the early 1980s to 1993. In 2016, the Florida Fish and Wildlife Conservation Commission listed the burrowing owl as state threatened.

Our proven and successful efforts are needed more than ever to prevent further losses and restore breeding populations in urban and suburban environments where they have been or are currently being eliminated. 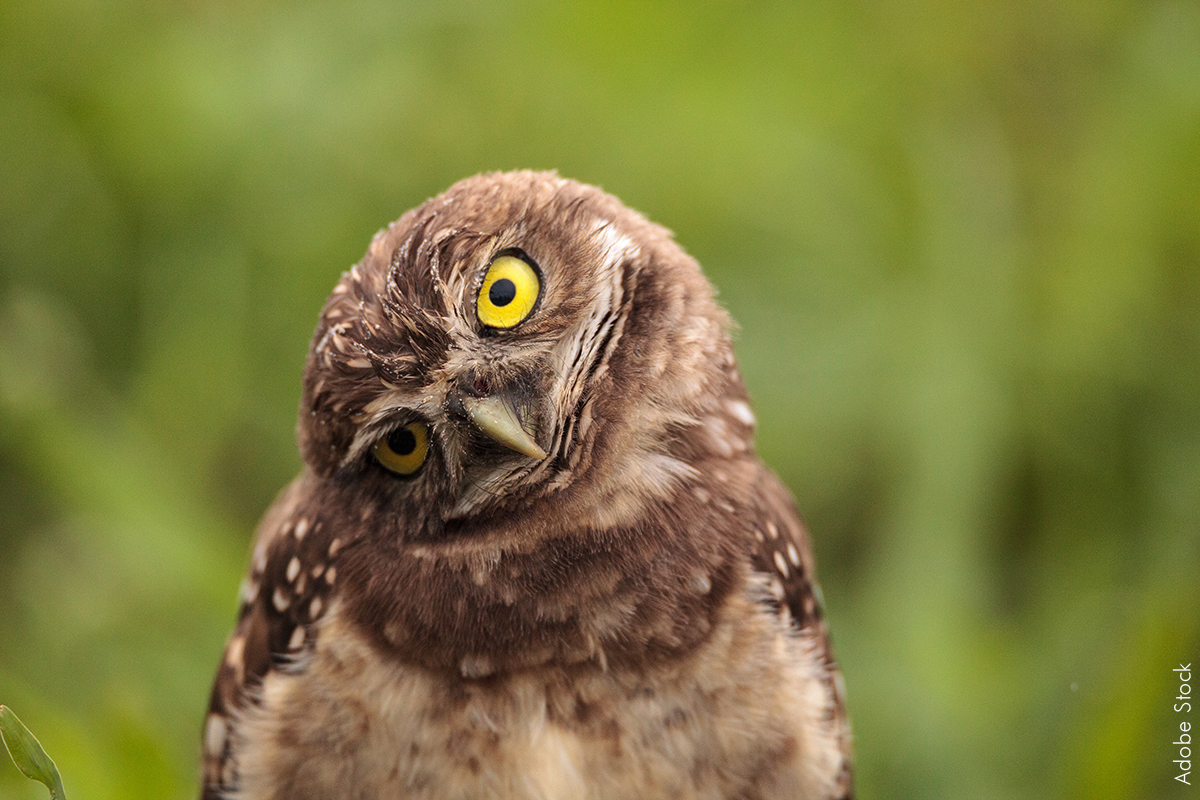 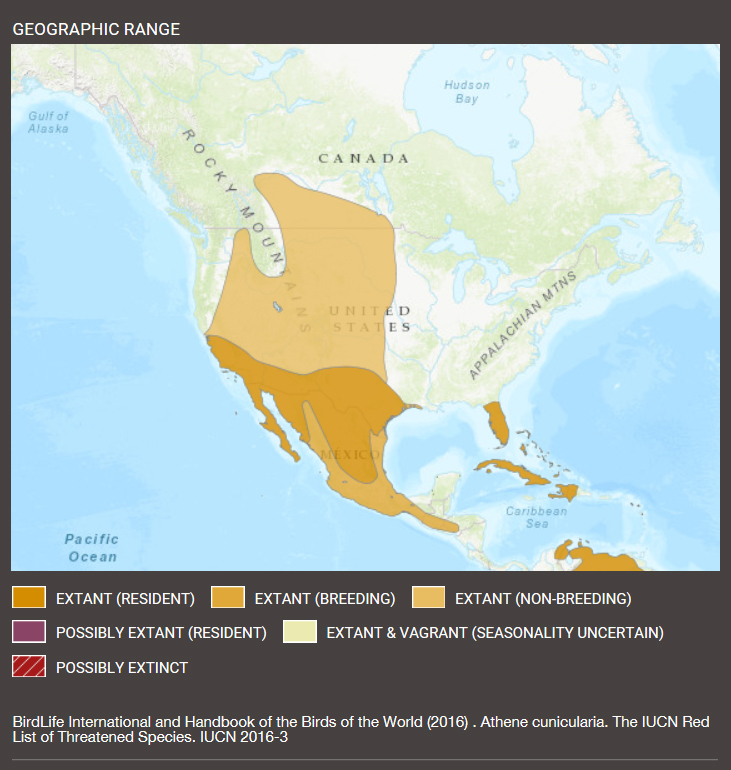 The burrowing owl is federally protected by the Migratory Bird Treaty Act of 1918 in the United States, Canada and Mexico. 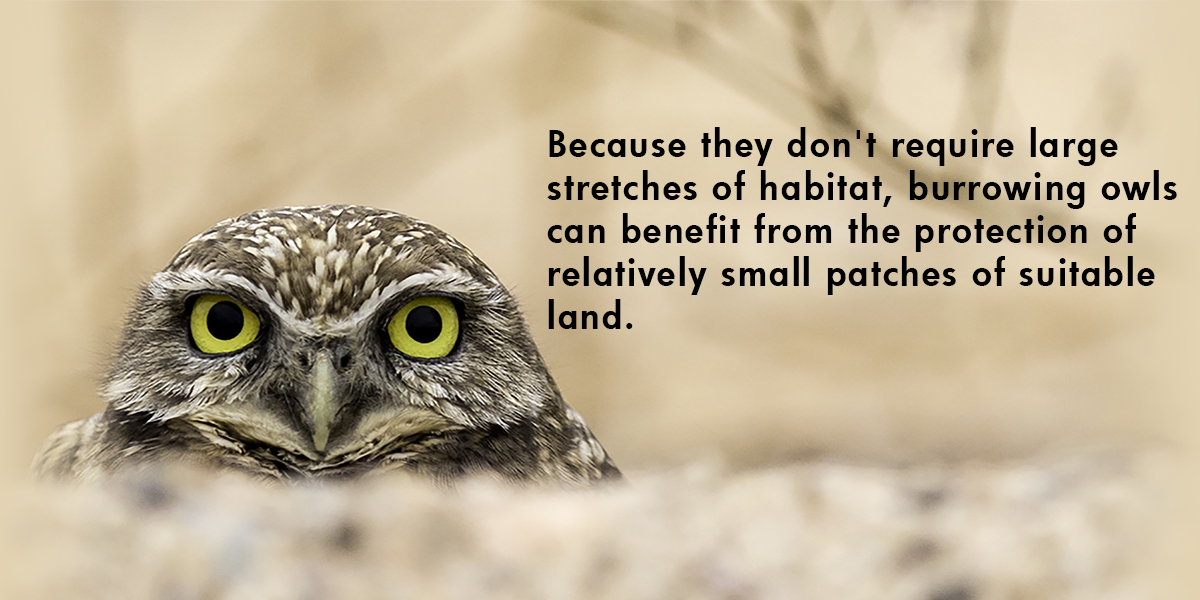 from habitat loss to invasive species

The greatest threat to burrowing owls is habitat destruction and degradation caused primarily by land development and ground squirrel/prairie dog control measures. Despite their protected status, burrowing owls are often displaced and their burrows destroyed during the development process. The natural life span of the Burrowing Owl is 6-8 years. Burrowing owls are also at risk of predation from coyotes, birds of prey, and feral cats and dogs. Because of an increase in urban and suburban sprawl, hazards are now consisting of automobiles as well.

Burrowing Owls primarily feed on insects and small mammals, but they will also eat reptiles and amphibians. Burrowing Owls hunt while walking or running across the ground and by swooping down from a perch or hover, and they will catch insects from the air.

Mating begins in early spring. Burrowing Owls nest in open areas in a burrow dug by other animals such as ground squirrels. Owls may nest alone or in a group. The female lays 6-12 eggs that are incubated for 28-30 days. The young owls fledge in 6 weeks, but stay in the parent’s territory to forage. Burrowing Owls may be sexually mature at 1 year of age.

The scientific name comes from the Greek word athene, referring to the Greek goddess of wisdom whose favorite bird was an owl, and the Latin word cunicularia, meaning a miner or burrower. Other common names are Billy Owl, Ground Owl, Long-legged Owl, Prairie Owl, and Prairie Dog Owl.

What Urban Bird is Doing

We work towards and advocate for:

Thanks to our work, more than 10,000 acres of grassland have been restored and protected.

Here are just a few examples of how we’re helping: